Skip to content Skip to search bar Skip to navigation 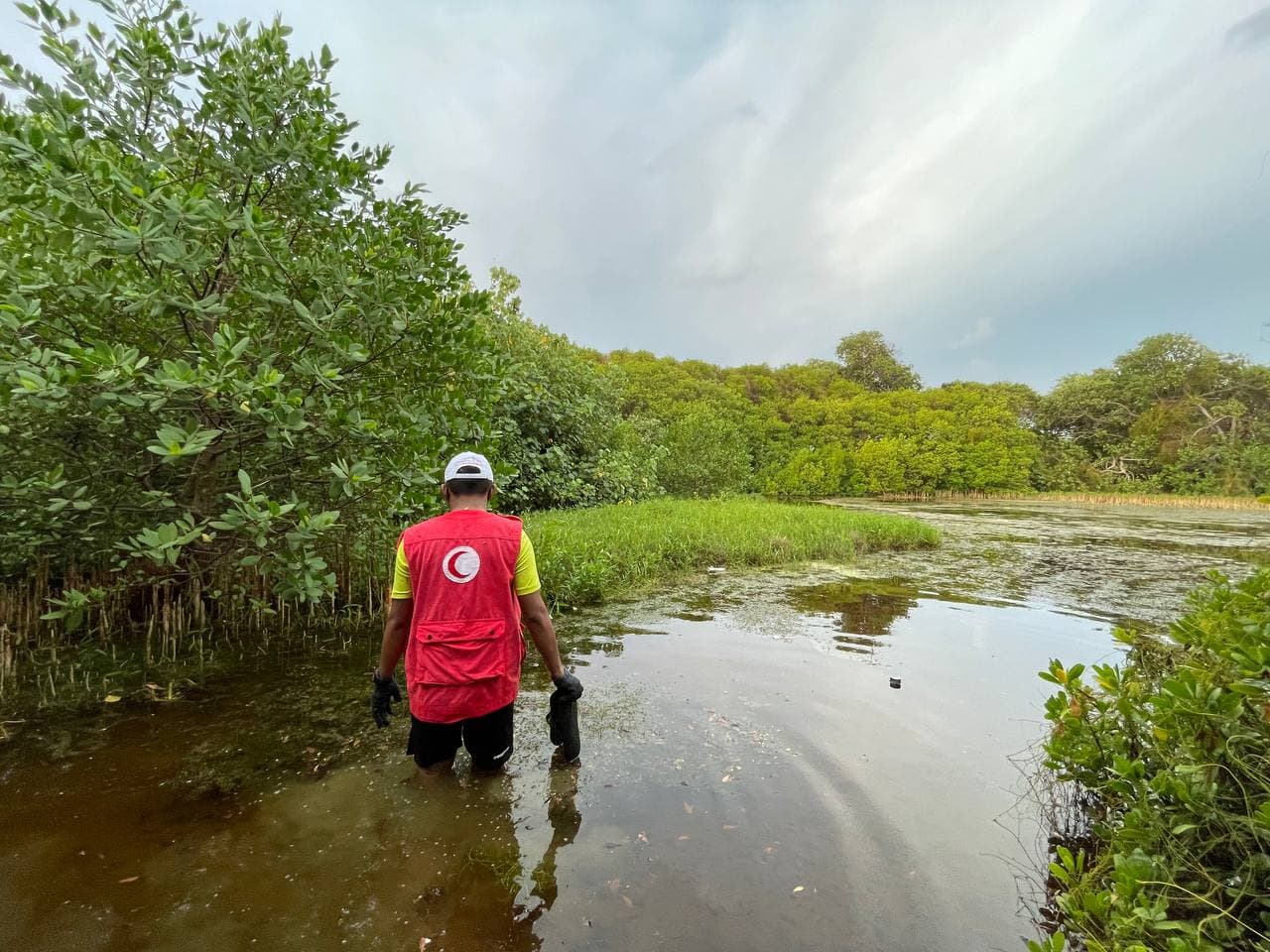 As a humanitarian organisation that responds to emergencies and disasters, the Maldivian Red Crescent bases its work around the concept of resiliency. Striving to reinforce the importance of the role played by the country's environment in increasing the ability of our community to bounce back from disasters and emergencies, MRC recognizes the need to combine developmental work, humanitarian work and climate action. As local ecosystems undergo worsening conditions due to destruction and damage caused by disaster and neglect, promoting the safekeeping, conservation and restoration of these vital ecosystems is vital in reducing disaster risk and building community resilience.

On June 05th 2021, MRC launched a pilot project focusing on ecosystem restoration in the Maldives, addressing the need for advocacy and sustainable activities to restore ecosystems through nature-based solutions. This project utilises a two-pronged approach centred on advocacy and sustainable activities and focuses on the broader area of nature-based solutions to protect our environment.

Two series of mangrove clean-up activities have been conducted so far in Kulhudhuffushi City.

The identity and name of Kulhudhuffushi City are inextricably linked to the mangroves- they are an important part of the island’s ecosystem. These mangroves are home to a myriad of flora and fauna and provide many ecosystem services by acting as a natural flood mitigation system, protecting the community and infrastructure from rain-induced flooding. Notably, the mangrove in the north of Kulhudhuffushi, before being reclaimed for developmental purposes, was one of the biggest mangroves in the Maldives and showcased unique characteristics such as the presence of clean white clay.  However, without sustainable guidelines in place to preserve and protect the mangroves, the mangroves have faced irreversible damage from reclamation to damage from simple actions such as littering.

Our team of volunteers in Kulhudhuffushi City, who have been working towards restoring mangrove ecosystems.

These activities to conserve mangrove ecosystems had never been conducted on such a large scale in Kulhudhuffushi before and serves to increase awareness on the importance of mangroves and their protection. With the positive response received from the Kulhudhuffushi City Community to this project and the enthusiasm of the volunteers involved in this project, the Unit aims to continue more activities under this project with plans to carryout mangrove planting activities in 2022.

Coastal vegetation is an integral feature of the Maldives' natural ecosystem, providing habitat for wildlife and invaluable ecosystem services such as protecting communities from intense winds and oceanic waves. The coastal vegetation in Addu City has faced high anthropogenic pressures over the years from land reclamation projects, sand mining, and waste disposal. These practices have exacerbated the effects of climate change and sea levels rising, increasing the frequency and intensity of incidences of flooding due to sea swells and storm surges.

Our volunteers in Addu City have been working towards replenishing coastal vegetation, which is a crucial part of our ecosystems.

Under the ecosystem restoration project, MRC Addu City Office began initiatives to restore coastal vegetation across Addu City with MRC volunteers planting 500 coconut palms and 110 Fish Poison” Kinbi” trees which are known to act as windbreaks and wave barriers. Working closely with the Addu City Council, this initiative also contributes to the council’s pledge to plant 100,000 coconut palms across the city in the coming years.

500 coconut palms and 110 Fish Poison” Kinbi” trees have been planted in Addu City.

The initiative has also contributed to better social cohesion in Addu City, with migrant volunteers of MRC leading this activity and their efforts have been positively received by the community in Addu City. To address the challenges of sourcing native species, MRC volunteers have established a plant nursey at MRC Addu City Office which will contribute to the tree planting initiative. Building up on the success of last year’s activities, MRC Addu City Office aims to continue more similar activities in 2022. This project has paved the way for more long-term sustainable solutions to ecosystem damage, benefiting local communities

Our team of volunteers in Addu, conducting tree planting activities.